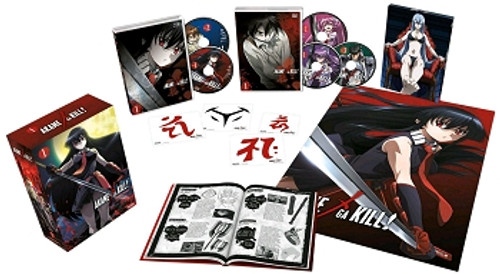 When he set off for the Capital, all Tatsumi wanted was a way to make money. Instead, he finds himself rescued from a fate worse than death by a group of assassins known as Night Raid, and thrust into the middle of a bloody revolution. On the one side: Prime Minister Honest, his secret police, elite squad of assassins, and the armies of the Empire. On the other: Night Raid and a handful of rebels desperate to overthrow the brutal regime of Honest's puppet emperor. Leveling the playing field: the Imperial Arms, a legendary set of unstoppable weapons created in the distant past. But to use an Imperial Arm is practically a death sentence, for only a select few can even survive using themα and when two Arms go against each other, only the user of one is likely to survive in Akame ga Kill!