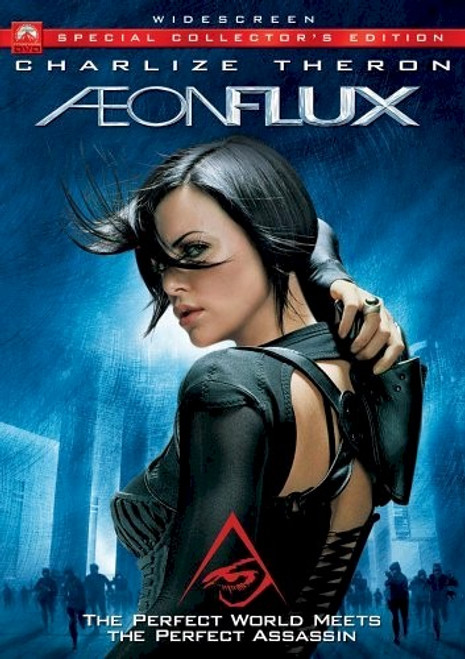 Based on the animated series, created by Peter Chung and shown on MTV, Aeon Flux takes the cult classic into the realms of live action, in this awe-inspiring sci-fi epic. 400 years in the future, after a virus decimates the world population, only one city on Earth remains. Ruled by the Goodchild dynasty, it is a perfect society of peace and prosperity - except that its citizens keep mysteriously disappearing. Charlize Theron stars as Aeon Flux, a secret agent/assassin/warrior whose mission is to bring down the regime. But as she goes deeper into her mission, Aeon uncovers some shocking secrets that put the mission - and her life - in danger.