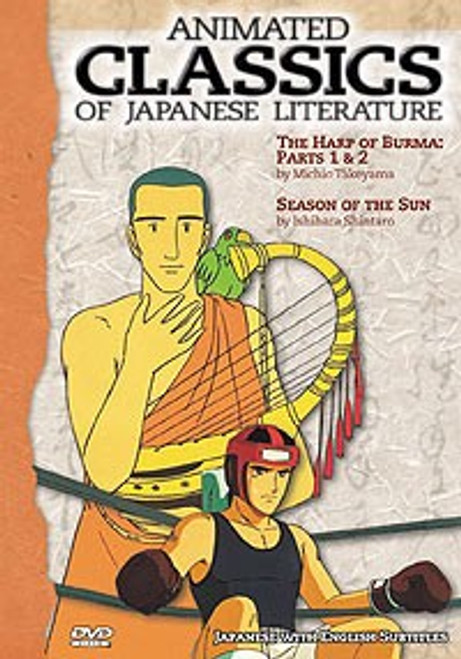 The Harp of Burma: Parts 1 & 2 by Michio Takeyama The end of World War II is approaching. A platoon of Japanese soldiers is struggling through the mountains of Burma when notification of the war's end and of Japan's surrender is received. But high up on Triangle Mountain, where the news is greeted with disbelief, the fighting continues. Captain Inoue sends Private Yasuhiko Mizushima to the mountain to persuade the soldiers to stop fighting and dying in vain. Meanwhile, Captain Inoue's troops are moved to a concentration camp at Mudon and await Mizushima's return. While the Inoue Platoon anxiously counts the days until their release, Mizushima's absence weighs heavily on their minds. As time passes, their worst fears are realized when news of Mizushima's death is received. The news is especially difficult to accept when the soldiers recall their encounter with a strange monk during the first days in the concentration camp - a monk who bore a striking resemblance to Mizushima! Near summer's end, word is received that the platoon will be sent home. As the time nears for departure, thought turn to Mizushima. Could he have possibly survived and still be alive? Season of the Sun by Ishihara Shintaro World War II is over and life is carefree once again. Tatsuya Tsugawa belongs to the university sports club where he and his friends spend time boxing, which makes them very popular with the local women. Never at a loss for dates, Tsugawa has one casual relationship after another until he meets Eiko. They soon fall in love, but he remains indifferent. Will he be able to express his love for her before it's too late?