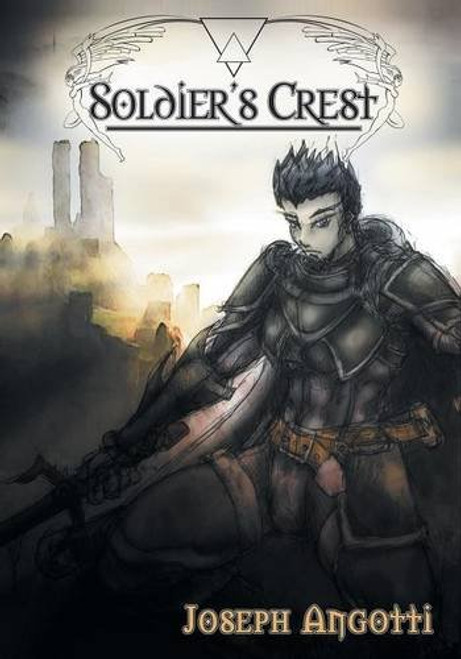 The year is 2256, and the inhabitants of Earth find themselves in a medieval age after geothermal and nuclear warfare have plunged the planet into a cataclysmic state. Dragons, demons, and magic are commonplace in this new world, where swords and shields have taken the place of long-forgotten technology, and strange new creatures and burgeoning magic-brought about by the fallout-usher in chaos...threatening the delicate existence of humanity.

In A Soldier's Crest, an elite group of warriors known as the Dragon Knights rally to end the threat of the Dragonkin, while kings, knights, and monsters vie for power. It's a tumultuous era for Vallick Halstar, newest among the Dragon Knights, who must prove his place among his comrades as he fights for survival-and justice-and discovers his true calling on this dark new Earth.

Joseph Angotti is the mastermind behind the dark world of Khroma and the everexpanding universe of A Soldier's Crest. An avid fan of high fantasy, anime, and video games, he has unified his inspirations from each to bring to life his vision of an epic fantasy. Joseph was born and raised in Queens, New York, where he draws the majority of his writing influence, and looks forward to branching out and sharing his stories with the rest of the world.