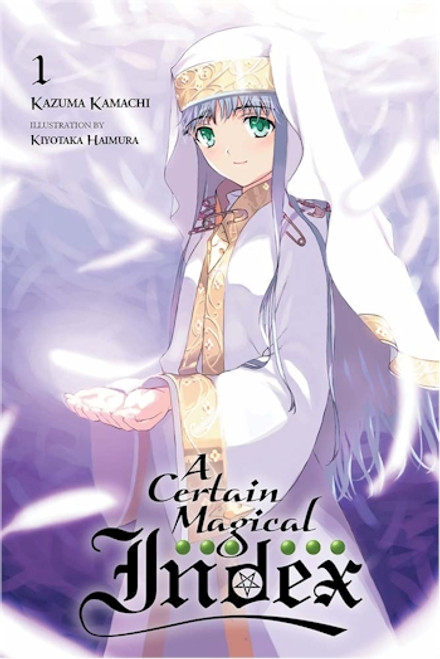 Touma Kamijou has the worst luck imaginable... Sure he's a citizen of Academy City, a scientific marvel of the modern world where superhuman abilities are artificially cultivated and commonplace, but when it comes to paranormal talent, Kamijou's been classified a Level Zero-a loser, basically. Oh, he does have one trick up his sleeve (literally), but even that's more trouble than it's worth.

When Kamijou encounters a delusional young girl convinced she's a nun and raving about being chased by evil sorcerers, he's eager to send her on her way and get back to failing his studies. Fate, it would seem though, has other ideas, and he suddenly finds himself caught up in a supernatural intrigue with a girl named "Index" at the center!

Science and magic collide in this first volume of one of the most popular light novel series ever penned!