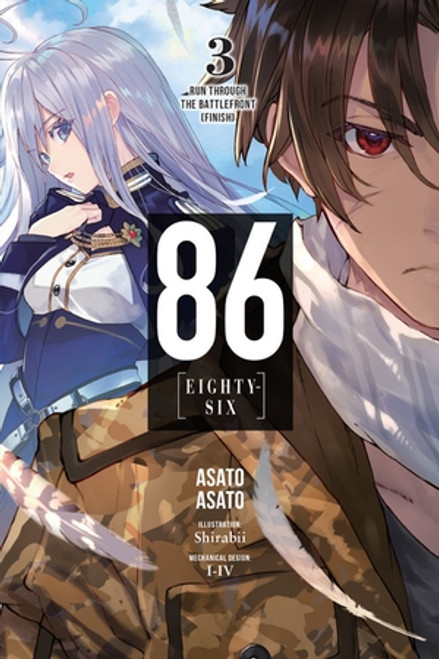 Pride is all we have

The attack Shin foresaw has finally come to pass. Wielding a weapon with destructive force hitherto unseen, the Long-Range Artillery-type Legion unit rains unmitigated chaos over the battlefield. Both the Federacy's western front and the Gran Mur of the Republic crumble under the might of the monolithic railgun, capable of dealing catastrophic damage from hundreds of kilometers away. With their backs against the wall, the Giadian military makes a controversial decision: A special strike force will charge into the heart of Legion territory, engage the Railgun type from close range, and destroy it. Shin and the Eighty-Six will spearhead the operation.

...But Shin has not been himself lately. Having defeated his brother's ghost and freed himself from the Republic, the Reaper finds himself without purpose. What reason does he have to go on living? For whose sake does he fight...?

Genius Prince's Guide To Raising A Nation Out Of Debt...01

How Not to Summon a Demon Lord Novel 06

Is It Wrong to Try to Pick Up... Aiz Wallenstein Bunny Ver